BlackBerry Key 2 is the new successor which is going to start soon all over Pakistan. The real keyboard was like the star of the show at its time but now it’s missing from each and every device. Key 2’s physical keyboard has improved the concepts of past and once again you will see the old solid keypad beneath the 4.5-inch screen

BlackBerry’s Key 2 which is going to give you a solid grip along with fast typing on the real keypad as equal to the touchscreen. AS we all know that different things always got the attention that’s why BlackBerry Key 2’s old look will make him the love of many peoples. Not only that back side has a dual camera which is consist of 12 MP main lens while second camera lens of BlackBerry Key 2 is 8 MP. Dual tone LED flash with autofocus will keep your images stable and more bright as compared to the single LED light.

IPS matrix of the Key 2 by BlackBerry has produced a compact resolution of 1080 x 1620 pixels.

The back side of the phone is made up of plastic where the front side of the phone is covered with corning gorilla glass 4. Key 2’s sides have aluminum frames that provide a solid grip just like its solid price. Instead of its homegrown OS now Android is working through the veins of BlackBerry 2 and its the 8.1 version named Oreo which you gonna use in this phone. 8 MP front camera is used to click selfies with f/2.0 opening. Front camera of the future BlackBerry Key’s 2 is capable to capture video of 1080 pixels which is a great success for this brand. 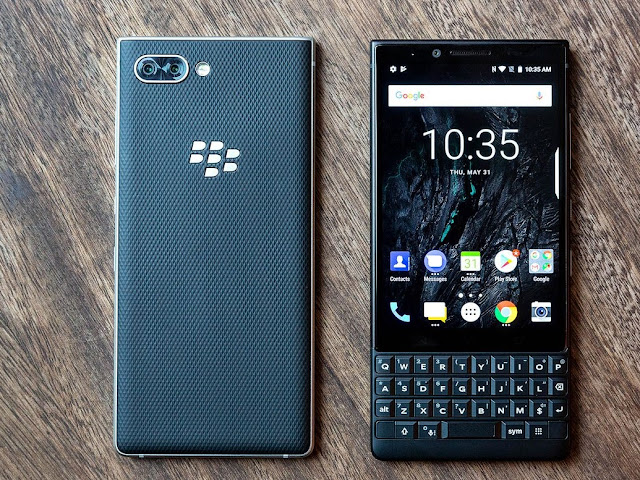